Click here for more in depth information and registration


Foundational Teachings from Ray Castellino- Attuning to Our Core Essence 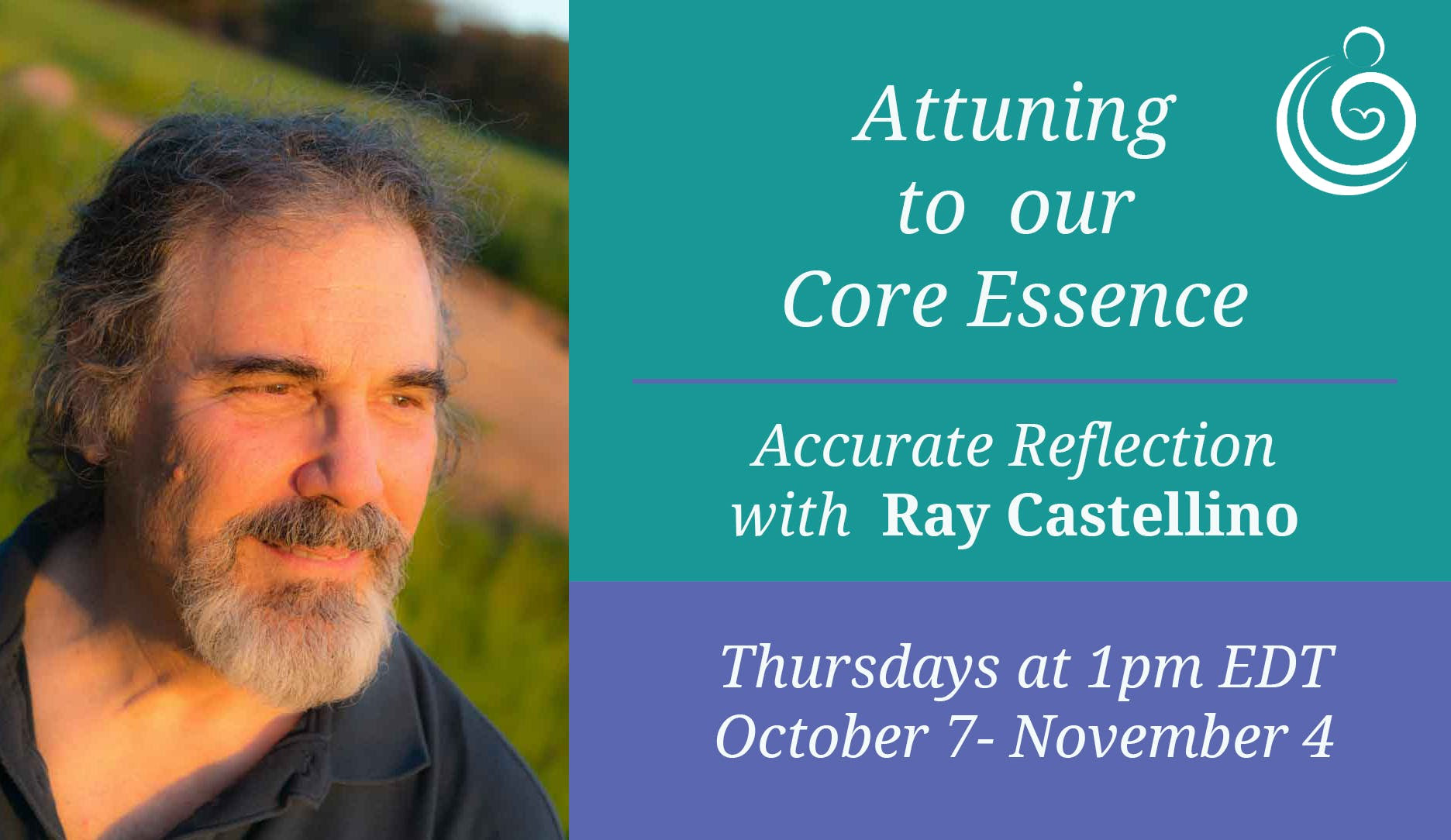 The recording of Ray Castellino's memorial is now available https://raycastellino.life/2021/01/17/raymond-castellino-1944-2020

Messages and videos from Ray during his final two months.


The Teachings of Ray Castellino: Dropping into Prenatal and Perinatal Implicit Memories with Ease

In these seven 2-hour sessions of explanation and exploratory exercises, Ray shared foundational skills needed to work with prenatal and perinatal implicit memory. The class topics are:

Click here for In depth course descriptions and registration

Raymond Castellino, DC (retired 1997), BCPP, RPE, RCST®, drew on 50 years of experience as a natural health care practitioner, consultant and teacher. He was a pioneer in the field of Pre and Perinatal therapy and of using energetic and somatic approaches to facilitate attachment and bonding. His practice focused on the resolution of prenatal, birth and other early trauma / stress and on developing teachable methods of supporting families and adults in small groups. He drew on decades of experience as a Polarity Therapist and a biodynamic Craniosacral Therapist as well as his extensive knowledge of the body from his Chiropractic practice.

He discovered and developed clinical approaches and skill sets for working with individuals, couples, families with children, small groups of adults and large gatherings. BEBA, About Connections, the Womb Surround Process Workshops, The Foundation Training, Body into Being, supervision and community outreach seminars and workshops constituted wings of an integrated pre and peri-natal facilitation and educational system.

These innovations include the Castellino 8 guiding Principles for small groups and families. These principles are cornerstones for the creating safety, the high level function and the optimal growth of babies and children in the context of relationships in their families. They are also the framework for working in small to large groups of adults.

He developed a teachable method for working with families and small groups of adults as an energetic relational field. This innovation is a major game changer for facilitating families and adults in a relational social nervous system field.

He developed approaches that support families and small groups of adults to efficiently and safely evolve into harmonic resonance and co-regulated states while supporting individuation and differentiation at the same time. Together with Mary Jackson, home birth midwife, he developed a system for evaluating the needs of pregnant mom’s, their babies and the father that involves establishing “two layers of support” for the baby, the mother, the father and also the birth team. They have clinically discovered that when the layers of competent support are in place, the mother and baby are free to find the impulses they need to birth from the inside out.

He worked with the primary rhythms developed in families and in small groups of adults; he discovered and continued to do ongoing clinical research on the slow rhythms that govern coherence and high level attunement in relationships. He measured this rhythm to oscillate at 5 minute cycles. This rhythm is substantially slower than the Tidal Rhythms as defined by the Osteopathic and Craniosacral healing disciplines. He called these slow occulting rhythmic cycles “relational field cycles” and observed that the relational field cycles govern the innate knowing of birth, bonding and attachment.

Ray researched and taught the manifestation of “sequential behavioral patterns” that originate from “sequential imprinting” from ancestral, conception, gestation and birth experiences.

Lastly, with his work with Mary Jackson, Tara Blasco and Anna Chitty he discovered and developed several ways to anchor into universal resourced states that he and Anna Chitty refer to as the “Blueprint Energies.” These blueprint states of consciousness provide a basis for gently and safely discovering and working with early imprint implicit somatic memories. Some of the key components are intention, the co-regulation tempo, movement in highly cooperative relational fields and connected social processes.

These approaches are all applicable for pre-nates, mothers, couples, families and small groups of adults and formed the basis for his work in BEBA, About Connections, Womb Surround Workshops, his Foundation Trainings, Body into Being and other professional seminars.